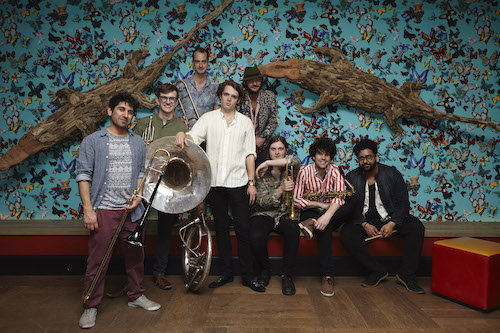 The Brass Funkeys are an 8-piece London-based Brass Band who draw on the traditions of New Orleans. Formed in 2011, they have played at major festivals including Glastonbury, Wilderness and the North Sea Jazz Festival as well as London venues including The O2 Brooklyn Bowl, Koko Camden, and Ronnie Scott’s. Whether performing a powerful amplified stage show or as a totally mobile marching band, the Brass Funkeys bring together some of the most talented musicians in London in an eclectic live show bursting at the seams with ideas and infectious energy. 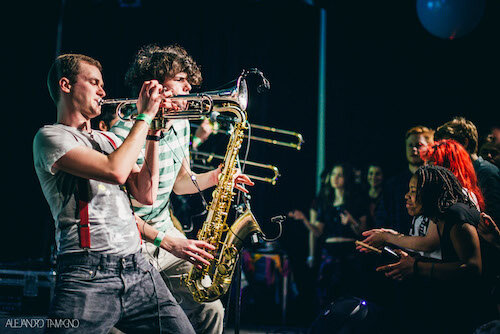 Check out this review of The Brass Funkeys latest album