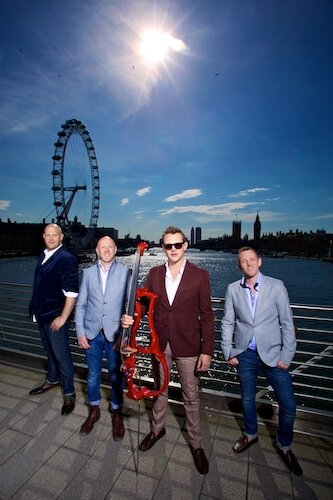 STRINGFEVER is a entertaining group of talented musicians that have lived and breathed music since a young age. Composed of three brothers and a cousin, this internationally acclaimed quartet has performed 1000+ Shows in thirty-three countries since 2004,  from private performances for the British Royal family to a packed audience at Madison Square Gardens.

Coming from a family of musicians it was always likely that the Broadbent boys were going to follow their fathers into the music profession. Giles and Ralph studied at the Royal Academy of Music and Graham at the Royal College. Giles went on to play lead violin for several West End shows. (Sunset Boulevard, Phantom of the Opera and My Fair Lady) In 2004 their Youngest brother Neal was due to study cello at the Guildhall School of Music… but instead he was kidnapped by his brothers to be the cellist in their new group – Stringfever! 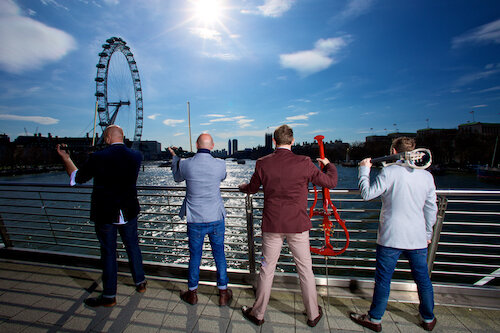