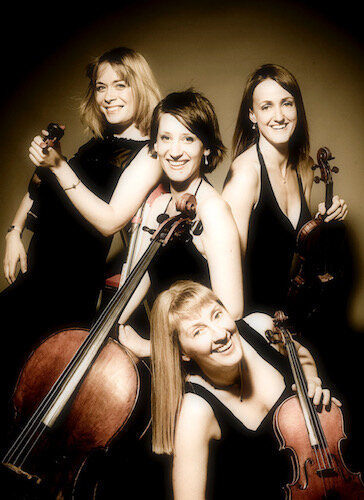 This Classical String Quartet is based in Manchester, performing regularly for weddings and events across the North West of England.

With 100’s of outstanding performances they have built a solid reputation both musically, and visually.

As well as their String Quartet, they offer a Trio and have one of the largest string repertoires in the UK.

They use Samsung Galaxy Tablets instead of sheet music, which enable them to provide a more efficient and sophisticated service. So no clothes pegs and music flapping in the wind!

The music of your wedding or special event will be given an elegance and extra ambience by this excellent and experienced group. 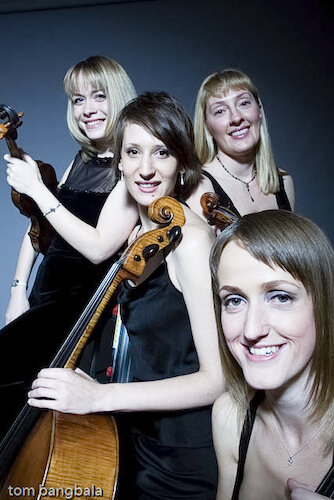 As well as private functions, the musicians of this group have performed at many prestigious venues including the Royal Albert Hall, Bridgewater Hall, Queen Elizabeth Hall and the Royal Festival Hall.